Most of the time, your ISP automatically assigns a primary and secondary DNS server when your router or computer requests network information via DHCP . But what if those ISP-provided DNS servers aren't reliable or you're troubleshooting an issue and you suspect that DNS might not be working properly?

Luckily there are several free DNS servers that you can use instead of the ones assigned to you. See How Do I Change DNS Servers? for help if you're not sure what to do.

[1] The DNS servers listed above as Level3 will automatically route to the nearest DNS server operated by Level3 Communications, the company that provides most of the ISPs in the US their access to the Internet backbone.

[3] Securly's DNS servers block adult content by default, including of course X-rated content but also adult oriented pages on websites like Wikipedia, adult themed searches on Google, and more. The grown-ups in the house can sign up here to bypass all restrictions.

[9] These Public-Root DNS servers are the only two currently operating in the United States but if you're located ouside the US, see their complete list here and choose the best servers based on your location. 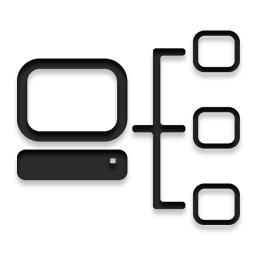